Bikes, spandex, street closures.. oh my! And that’s just the start of it. 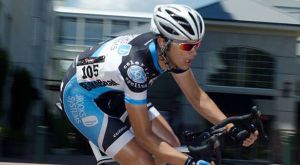 Excitement (or dread) is in the air as the world takes Richmond by storm next week. Are you ready? How are you preparing? Will you flee or participate?

Over the course of 9 days – September 19-27 – Richmond will capture the world’s eye as we host this incredible event. Twelve races, nine days, 14-160 miles, and thousands & thousands of eyes. Commuters beware! Road closures and parking woes are part of the package. But so is increased business.

Personally, I’m excited for Richmond as a city! Time to show off what we’ve got. Let’s cheer on the participants and warmly welcome the visitors. Go, #RVA.

Some articles of interest:

All things UCI Road Championships – for an interactive map, ways to get involved, gear, media, and more

1 That would be Alejandro Valverde, the Spaniard who leads the UCI World Tour Road Rankings by 110 points over Tour de France winner Christopher Froome. Valverde has finished third in the last three Worlds, and his six podium finishes are the most ever. But he is looking for his first championship.

2 Spain dominates the men’s rankings with three of the top five — Valverde, Alberto Cantador and Joaquim Rodriguez — and five in the top 30.

3 Both 2014 men’s champion Michal Kwiatkowski of Poland and women’s winner Pauline Ferrand Prévot of France will be in Richmond to defend their titles.

4 Lisa Brennauer of Germany also will be on hand to defend her title in the women’s elite time trial. Brennauer was also the runner-up to Ferrand-Prévot in the overall rankings and is a threat to win both titles.

5 Bradley Wiggins, the men’s 2014 time trial winner, is injured and won’t be racing. Among the top contenders in the TT is Tony Martin, the German sprinter who won three straight titles before finishing second to Wiggins last year.

6 The U.S. women’s team is a force. Twelve of the top 70 in the UCI Women’s Elite road rankings are U.S. riders. Two of the top 70 men are Americans.

8 Neither of the U.S. men ranked in the UCI’s top 75 — Tejay van Garderen and Andrew Talansky — will be racing in Richmond. 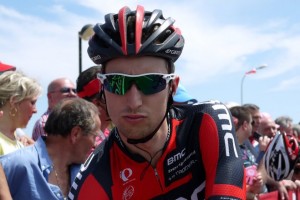 Determined to find something other than the bike races? Never fear! There’s beer and more beer.

Though the UCI Road World Championships will surely dominate, #RVA does not fail to offer a wide variety of events to tickle the interests of all.

Where to watch the bike races, plus St. Benedict’s Oktoberfest in the Museum District, No Good Beer & Music Fest on Brown’s Island and more (non-bike) events happening this weekend.

Check it out! Henricus Park features its PUBLICK DAYS and is FREE this weekend! Don’t miss out. 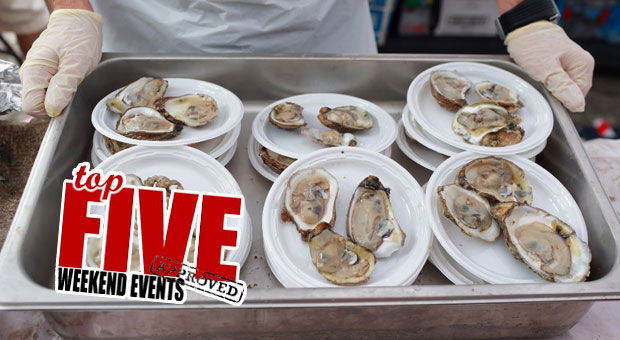 Richmond.com’s Top Five for the weekend is right HERE, folks!

Food, food, oysters, and, Disney on Ice! Quite the line up!!

The Food Truck Rodeo will feature 35 vendors – something to tickle every palette:

Check out the line up for the first week of September. For many kids, this is the last week before school starts so let’s make it count. 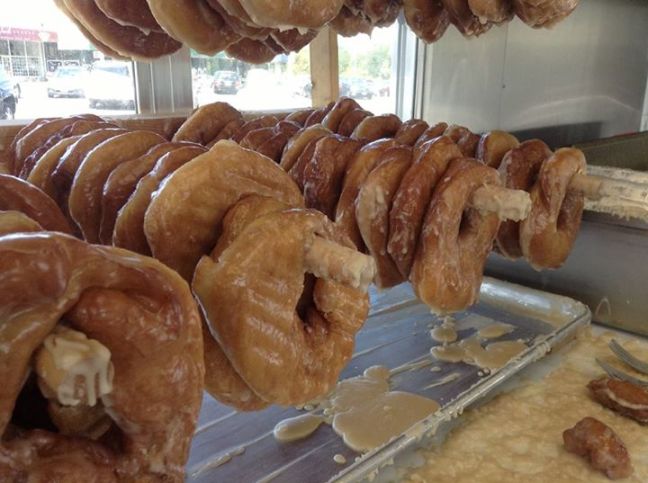 Calling all foodies and commuters. Check out Eight to Eat to get the lowdown on sinfully delicious places to dine along 95 South to 85. Ranging from donuts to dixie diners to vietnamese to seafood to BBQ to Brunswick stew… oh my!

“The food is so unbelievable, it should be a sin.”

I do believe that gluttony is considered one of the seven deadly ones.

You can confess later.

Thanks to this Virginia Blog, we get these articles and more! Gotta love VA.

Virginia is for (food) lovers!

Hang on to the last week of summer, y’all! I’m in denial big time. I love Autumn and Spring and I endure Winter, but Summer is the best season of all.

Weekend’s tomorrow, so get out and play, #RVA!

Check out the fabulous Top Five line up, thanks to Richmond.com.

Tubes and Taps, Opera in the Park, Chesterfield County Fair, Boyz II Men and last Movies in the Park…all this weekend.

Grab some fun this weekend!

A little late posting this, but here is this weekend’s Top Five lineup! Get out and play, #RVA!

Get the skinny here!

Tempting Top Five… thanks, Richmond.com for our weekend’s luscious line up. Get out and play, #RVA!!

I had no idea ZZ Top still existed. And, I thought they were old in the 80s… Obviously those beards were hiding a lot!!

So many things to do, so little weekend. #RVA, you never disappoint.

It’s a big weekend for festivals with the Richmond Jazz Festival, Filipino Fest and the Carytown Watermelon Festival all happening this weekend. Plus the Virginia Historical Society officially opens its Boulevard entrance and Andy Grammer visits Innsbrook After Hours…all this weekend.

Last year, I went to the Filipino Festival and it was awesome. Those folk know how to line-dance. And the food was delicious.

What are you going to do? Get out and play, RVA!

Courtesy of Virginia Is For Lovers Blog:

– “The most delicious place to eat in all of Richmond, hands down. I have ordered things there that I never would have tried anywhere else, just because I know that there is NO WAY it wouldn’t be absolutely delicious coming from Millie’s kitchen.”
– “I live in Reston, VA and make it a point to eat at Millie’s EVERY time I am in Richmond.”
– “It was the place I chose to pop the question a couple years ago.”
– “I ate there every Sunday for two years … they saved a stool for me at the end of the counter. Now THAT is local.”

So what’s good to eat at Millie’s?

– “Thai Shrimp! I ordered it every Friday night the first year Millie’s was open, then decided the rest of the menu was probably good as well (and it is). We have been eating there for 25 years.”
– “Any one of the messes, though my favorite is Castro’s Mess.”
– “Devil’s Mess, Cajun Mess, or anything really. Especially the Bloody Mary.”
– “Love their vegetarian selections!”

Is it lunchtime yet??